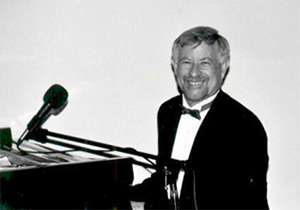 Richard Sherman studied music at the University of Florida and also received a degree in mathematics in 1968. He was the pianist for the university jazz band and his trio performed live in concerts at the university. Upon graduating from college, he moved to Los Angeles and began playing gigs in nightclubs six nights per week with his jazz trio. The trio has played at The Hungry Tiger, the Carriage Inn, the MGM Grand in Las Vegas, Manhattan Jazz, The Velvet Turtle, Splash, and many others.

Richard released Dream Street, a CD of his original jazz compositions in 1992. Last year’s benefit concert performance at the James Armstrong Theatre is also available on CD. The piano, bass, and drums trio has expanded to five pieces, featuring Maria Jacobs on vocals, and Bobby Tynes on sax.